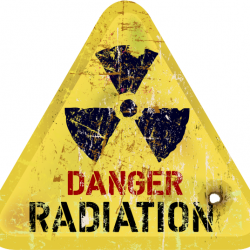 On March 11, 2011, there was a seismic catastrophe unrelated to greenhouse gas emissions that devastated the Fukushima Dai-ichi nuclear power plant and placed a huge question mark on the claims of nuclear fission to be a “clean” and relatively benign source of energy.

Revelations over the past year have brought alarming clarity to the fact that TEPCO (Tokyo Electric Power Company), and by extension the Japanese government, must make incredible progress over a very short time period in two additional areas: (1) removal and secure storage of 1,500+ spent fuel rods and 880 massively radioactive tons of melted fissile material (by the most optimistic estimate this is a 5 decade or longer process), and (2) responsible disposal of 1.2 million tons of radioactive water currently stored in storage facilities with little to no remaining storage, while stopping the 300,000 gallons per day of new radioactive water that flows into the Pacific. It’s not looking good.

Few people outside of Japan are fully aware of these events. Even fewer see the coming confluence and realize the cumulative impacts that Fukushima has had, and continues to the present day, on the Japanese nation and the rest of the world. One of the very few visionaries who does understand the situation is Akio Matsumura, whose unique background and impeccable international reputation allows his recommendations to carry weight with government, religious, and business leaders worldwide.

Japanese by birth, he lived in Japan at the time of Hiroshima and Nagasaki and thereafter lived at times in Tokyo, London, and New York. Akio spent four decades as a Special Envoy at the United Nations and in other international activities redefining what population, development, the environment mean at the international level.

There are three primary fronts of the disaster: high radioactivity at Olympic sites, a massive amount of molten radioactive material that must be sequestered, and the release of 1.2 million tons of contaminated water into the ocean. This situation requires an international response, and Akio will be needed to persuade global leaders that Fukushima requires the attention of all affected countries.

Given the urgency and devastatingly negative consequences that would result from global inaction, the Academy is raising funds to sponsor Akio in meeting with global leaders to make the case for a coordinated global response. We are only $2,000 away from our $10,000 goal! Will you help us continue this vital work to protect the Pacific Ocean from becoming increasingly radioactive?

Any donation is greatly appreciated, and every dollar counts, so please use the following link to make your donation today: https://worldbusiness.kindful.com/?campaign=1056352. You can also call our office directly at (805) 892-4600 and make your donation over the phone.

To learn more about the magnitude of this issue, click here.

The following is a video message from Akio Matsumura on the continuing dangers from the Fukushima nuclear disaster: