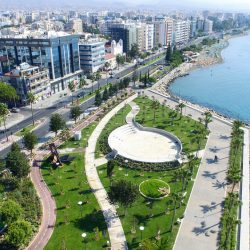 This article originally appeared in the World Business Academy’s monthly publication Currents in Commerce. Join our mailing list to receive Currents in your inbox.

It will be difficult to undo the damage from Europe’s cavalier repudiation of the principle of deposit insurance as part of the EU and IMF-approved bailout of Cyprus’ bloated, high-flying banking sector. Cyprus has long been known as a center for money laundering and other offshore banking abuses.

Following public outrage, the Cyprus Parliament rejected the bailout, which would have shielded banks’ senior bondholders from losses while punishing small savers.  The initial plan was to partially fund the bailout by confiscating 6.75% of insured deposits (accounts under €100,000) and 9.9% of larger accounts.

Not surprisingly, the Cypriot public is lined up at ATM machines to get their money out of the banks. As Clive Crook wrote, “In Cyprus, Europe Sets a New Standard for Stupidity.” Beyond the open question of upcoming bank runs, it’s hard to see what’s left of EU plans for a banking union that would include a single deposit-guarantee framework for the euro area.

In Spain, people are already fleeing euros for an online currency called Bitcoin, previously popular in illegal drug transactions. Its value rose more than 50% this week.