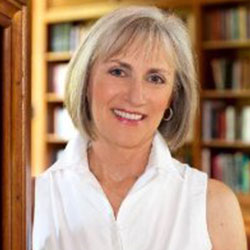 Cynthia Cherrey, the vice president for student affairs at Tulane University who helped lead the New Orleans school through one of the most challenging periods in its history, has been named the vice president for campus life at Princeton University. Her appointment is effective Aug. 1.  Cherrey, who also is the dean of students and a clinical professor in the A.B. Freeman School of Business, has been at Tulane since 2003.

From 1989 to 2003, Cherrey worked at the University of Southern California, serving ultimately as an associate vice president for student affairs and as a clinical associate professor in the Rossier School of Education. She received several honors there, including the Mahogany Leadership Award from the Black Student Assembly and Faculty of the Year by the Order of Omega. She led undergraduate courses in communication studies and graduate courses in educational administration and policy. At Tulane, she has taught primarily a freshman class on leadership and politics.

An authority on organizational leadership, Cherrey has been president since 2000 of the International Leadership Association, a global network of leadership scholars and practitioners. She has published numerous journal articles and book chapters in areas of leadership, organizational development and higher education. She also has served as co-editor of a publication series and co-written a book about leadership. She has been a speaker at conferences and events in the United States and abroad.

Cherrey was an invited participant in the W.K. Kellogg Leadership project to advance leadership knowledge, education and practice for the 21st century. She is a senior fellow at the James McGregor Burns Academy of Leadership, and was a recipient of a Fulbright Scholarship. To read more about Dr. Cherrey, visit her personal site.