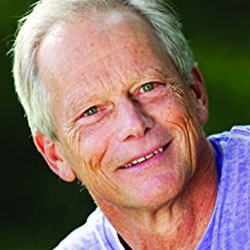 Mark Gerzon is one of the key architects of the field of global leadership and global citizenship, an experienced facilitator and mediator in high-conflict zones, and a best-selling author.

He has advised a wide variety of organizations including the UNDP, multinational corporations, and the U.S. Congress. He now serves as UN advisor on leadership in conflict-torn countries in Africa and Asia.

For the past 20 years, Mark has served as President of Mediators Foundation, a non-profit he founded which is an incubator of innovative projects to resolve conflict and promote cross-cultural and cross-ideological understanding. Mark also founded the Conflict Transformation Collaborative, a network of peace-builders from around the world, and co-founded the Global Leadership Network. As a former EastWest Institute Distinguished Fellow, he spearheaded EWI’s Global Leadership Consortium, which harnesses talent from around the world to address threats to global peace and security.

Earlier in life, he co-founded WorldPaper, a “global newspaper” that reached a circulation of 1.5 million in five languages; worked as a citizen diplomat to bring together Soviet and American civic leaders to help end the cold war; served as president of a socially responsible film company; founded a Rockefeller Foundation community conflict resolution project; and designed and facilitated the first and second U.S. House of Representatives’ Bipartisan Congressional Retreats.

In addition to Leading Through Conflict, his most recent books include Global Citizens, which already has Dutch, Korean, and Japanese editions; Chinese, Arabic and other editions are being developed. To address the particular challenges of U.S. citizens becoming global citizens, he created a U.S. version of Global Citizens, called American Citizen, Global Citizen.

He is now designing an interactive, awareness-raising workshop, “The Global Citizen Journey” based on his most recent books.

His articles and commentaries have appeared recently in newspapers ranging from the Washington Post to the International Herald Tribune. He is a graduate of Harvard College.