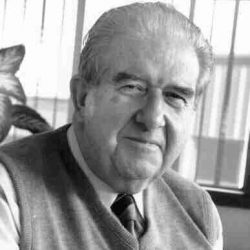 In Memoriam: Willis Harman played a massive role in the founding of the World Business Academy as a Co-Founder. You can read more about his impact here.

Willis W. Harman was an American engineer, futurist, and author associated with the human potential movement. He was convinced that late industrial civilization faced a period of major cultural crisis which called for a profound transformation of human consciousness. Over a career lasting some four decades, he worked to raise public awareness on the subject through his writings and to foster relevant research through the nonprofit research institute SRI International, the Institute of Noetic Sciences (IONS), and the World Business Academy. He served as president of IONS for two decades, and he was a cofounder of the World Business Academy. His many books include volumes coauthored with the futurist Howard Rheingold, who put forward similar views, and the mythologist Joseph Campbell.