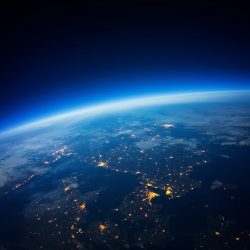 In early 1986, I was introduced to Willis Harman, a distinguished global thinker, by a mutual friend, Joan Steffy. This introduction turned out to be a game-changing event that led to the founding of the World Business Academy (the Academy).

At that time, Willis was the chief futurist in residence at the then prestigious Stanford Research Institution (SRI), which was hosting a quadrennial event that was the precursor to Davos. Prior to SRI, Willis, who was a tenured professor of electrical engineering on the Stanford University faculty, had begun exploring the interface between consciousness and artificial intelligence. Willis was the first professor in the world to design a course on artificial intelligence, which he taught at Stanford along with his advanced engineer studies. In those twin capacities, he was one of the pioneering Stanford-based intellectuals who ultimately gave rise to the miracle of Silicon Valley.

In mid-1986, my wife Lalla and I invited Willis to dinner at our home in Hillsborough, California. After dinner, we went out to the Ark, a separate building on our property, and began to explore the nature of the multiple crises facing humanity. And, more importantly, what could be done to midwife a better future outcome than that which was clearly rushing toward us. Willis pointedly asked me, “So why do you think business has to play a more active role on behalf of human civilization and the planet? Why do you think business can help the situation?”

I later found out that Willis, up to that point, harbored a deep mistrust of business and had little understanding of what business could do as a change agent.

“Well, Willis, I believe that business is the most important and most powerful institution on the planet.” He asked me to elaborate on that belief which I did by observing that academe is not up to the challenge of the times we faced or clearly we wouldn’t be in this mess. “Even politicians work for business people. If you don’t get business people to change, you’ll never change society. It’s hopeless.”

“The central problem society faces is not change itself. We’ve always had change. We’ve recognized change ever since the Greek philosopher Heraclitus observed that ‘You never step twice in the same stream.’ It’s not change that’s the problem; it’s the speed of change that’s killing us. Society can’t keep up with it. Academe doesn’t know what to do with it because that institution is designed to take the knowledge of the past, organize it, and then transmit it to the next generation in the historical belief that learning from the past will give us a better way to predict and manage the future. That isn’t relevant to the speed of change we are experiencing and so it cannot turn the tide on our growing inhumanity to man.

“Similarly, political institutions are about building consensus in relatively stable times so that society can move effectively as a single entity, and clearly that isn’t happening now. Political institutions are just too slow to react. If you want to fix what’s really broken— wars of opportunity like Vietnam, policies that only benefit the wealthy, lobbying corruption in Congress, the revolving door of the federal agencies— you must get business to change and direct the rest of society to engage in more constructive behavior, given that business will prosper even more so when it becomes ‘values based.’

“Business is behind every major problem we have in this country and could uniquely provide the solutions to each of those problems and ones as yet unforeseen. So, the only way to get in front of the crises facing human society is to enroll business in creating those solutions. Only business as an institution is forged in the crucible of the marketplace, which dictates that we either change quickly or die. Business is the institution that is designed to deal with change itself and adapt rapidly to it. If you don’t enroll business in altering the course of humanity…all is lost.” My reply to Willis’ inquiry set the stage for a long fruitful friendship and our partnership in the development of the Academy, which lasted until his death in 1997.

At this point, Willis had clearly warmed to the conversation and followed up by asking me, “Well, if that’s what you think, what are you going to do about it?” I said, “Well, I’m not sure, Willis. I have to think about what is it that would attract business to want to join this mission.” He said, “Well, the other way to ask that question is this: What is it you think you have to do?” This was a classic penetrating Willis Harman question: What is it you have to do?

In response, my answer laid out what we eventually adopted as the Mission Statement of the Academy, a three-part mission that continues to this day. I said, “Well, number one, you’ve got to shift the consciousness of existing business leadership from that of a predator to that of a steward, because you act differently if you think you’re responsible. Two, you’ve got to shift the consciousness of young people going into business so they see themselves entering a noble profession rather than a jungle, because you don’t give yourself permission to do things in the temple that you do in the jungle. And, three, you’ve got to shift the conscious of the public at large, so they put their purchasing power, their money, where their deeper values are. When they do that, business will follow the dollars and will give the public what it really wants.”

At that point, Willis challenged me: “Okay, if that’s what you think you have to do, then why don’t you do it?” I did not hesitate. I said, “Well, Willis, if someone of your intelligence, your commitment, your wisdom, your open heart, your visionary capacity and personal integrity— if someone like you with all these incredible qualities were willing to join me in that Mission, I would do it.”

Willis replied “Okay.” We shook hands and that handshake was the beginning of our collaborative partnership in the establishment of the World Business Academy.

Soon after that conversation Willis invited me to a join a gathering at SRI he was convening of people he thought would be interested in the idea of business as a conscious agent of positive social change. After meeting one day a month for 18 straight months in the main ceremonial conference room in SRI’s international wing, the group Willis collected unanimously agreed it was time to start a nonprofit organization— separate from SRI— and that I should go and start it. My response was that if five of us will join together as Trustees, I will take responsibility for coordinating our efforts and building the Academy. In addition to Willis and me, the three other founding Trustees were Jagdish Parikh, a distinguished international management consultant, Bob Egelston, founder of The Capital Group, and Ron Nater, a Stanford Research Institute Vice President.

On April 6, 1987, the Academy was formally incorporated as a 501(c)(3) nonprofit organization. Bob Egelston agreed to serve as Founding Chairman of the Board of Trustees. I personally drafted the Bylaws the group adopted and agreed to serve as the Founding President and CEO, a role I continue to fulfill today for the same compensation of $1 a year.

Once the decision to launch had been reached, SRI CEO Bill Hitchcock urged us to reverse our decision to become a separate nonprofit. He argued we would only have a meaningful chance to survive and succeed if we made the Academy a division of SRI, arguing that that this affiliation would bring instant credibility and visibility to the young organization. When our research revealed that SRI relied heavily on “dark money” and the U.S. military for funding, we declined in favor of being an independent organization that could set its own agenda without compromising baggage.

The decision drew a line in the sand, affirming the Academy’s uncompromising moral principles which from day one have served as the Academy’s lodestar in all critical decision making. These principles are summarized in my article “Business Warrior Monk: Core Principles.”

Upon incorporating the Academy, the Trustees adopted the Mission Statement regarding the Academy’s goals of influencing business leaders, business students, and the general public. And, as the Academy became more well-known globally, in great part due to the efforts of Willis and Jagdish, the Academy’s Board approached Willis and asked him to be acknowledged as the Academy’s Co-Founder. Willis initially refused, saying that would not be accurate, as “Rinaldo is the Founder and what I’ve done is assist him.” At that point I was asked to bring Willis to agreement regarding this Co-Founder designation. Because he was aware of his extraordinary enthusiasm and full involvement in launching this innovative enterprise over the three years we had been in existence, Willis agreed to let himself and the other exceptional contributor, Jagdish Parikh, be designated as Co-Founders, but only if I would be permanently designated as the “Founder.” All of us felt this was a great way to acknowledge both Willis’ and Jagdish’s seminal contributions, while still permitting Willis to underscore of the central role I had played. Such was the man’s integrity that he did not want there to be any misunderstanding. Willis maintained this posture until our partnership ended with his passing.

The partnership with Jagdish continues to the present day as he has been much more than a Trustee. He has been one of my most profound mentors and a man whom I will always strive to honor with my words and deeds due to the spiritual life work he first discovered growing up in the immediate presence of Mahatma Gandhi.

For more than thirty years now, the Academy has served as a highly-regarded global “think and do tank.” We have attracted an eminent group of thought leaders to serve as Academy Fellows, published dozens of books and hundreds of articles, and organized and participated in conferences throughout the United States, Canada, Asia, and Europe— all focused on the role of business in creating a better world.

In essence, the Academy was founded on the idea that business needs to be “Taking Responsible for the Whole” of society (a phrase Willis coined that we adopted as our motto). Our core premise was (and still is) that if business as an institution assumes that responsibility, everyone will prosper, because only business can handle the accelerating speed of change in a way that effectively addresses the great issues of our time: economic inequality, environmental degradation, racial injustice, and preserving democracy.

From these humble beginnings, a lasting legacy of conscious business engagement with society has been created. In this era of preeminent “stakeholder capitalism” models and of growing awareness of the necessity for conscious business engagement, the Academy’s role as a progressive, spiritually based incubator of innovative ideas and projects– to help birth a deep acceptance of social responsibility in the business community globally– continues to be more important than ever.