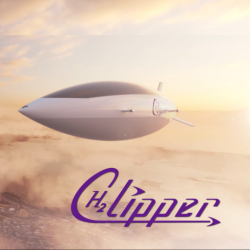 Academy President and H2 Clipper, Inc.’s CEO, Rinaldo S. Brutoco, was recently interviewed about H2 Clipper’s Pipe within a Pipe™ technology by H2 View in an article titled “How H2 Clipper’s Pipe-within-a-pipe technology could revolutionize hydrogen transportation,” where The Academy is mentioned in its role of incubating the project.

“H2 Clipper was incubated at the World Business Academy, a non-profit think tank that explores the role of business in relation to critical social and environmental issues; and has been responsible for incubating quite a few major initiatives.

The Academy’s interest in hydrogen arose out of its focus on climate change and energy security, which began with a series of “C-Suite” meetings culminating in a 2006 gathering of 350 executives at a conference the Academy hosted in Santa Barbara.

Electrolysing hydrogen is the answer to the question of what you should do ‘When the wind doesn’t blow, and the sun doesn’t shine.’ You could run fuel cell from your hydrogen reserve to provide 100% redundancy and 100% resiliency.”

“H2 Clipper continues to create shockwaves throughout the hydrogen industry with its innovative hydrogen [airship] technology and a new pipeline technology that could provide the ‘most efficient way’ of transporting clean hydrogen within a radius of 1,000 miles.”

Article Summary:
“H2 Clipper’s goal was to invent a disruptive way to move large quantities of cryogenic hydrogen from anywhere in the world with the lowest energy cost from renewable resources (2-3¢/kw) where it could be electrolysed, to consumers everywhere in the world.  We refer to this as H2 Clipper’s globe straddling capability for distant, cost-effective delivery of cryogenic hydrogen as our Pipeline-in-the-Sky™.Once delivered to a distant market, the cryogenic hydrogen will be put into depots (like the one already in Kobe, Japan) where it will be reheated and be able to be pumped out to an unlimited number of metropolitan locations (e.g. gas stations, bus stations, truck & railroad terminals) using our special technology threaded through existing methane, oil, water mains, sewer pipes, storm drains, and even subway tracks to the literal gas pump.We’ve shown that this is a viable approach to radically reduce the infrastructure costs of the hydrogen economy conversion, which we refer to as a Pipe-Within-A-Pipe™…”
Read the full article from H2 View here.