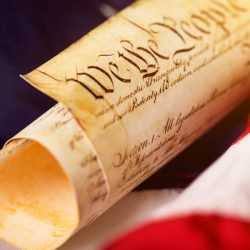 Joe Scarborough was a conservative US Congressman until 2001. He represented Florida’s 1st Congressional District, which Scarborough affectionately refers to as “The Red Neck Riviera.” He also occasionally calls it “LA” for “lower Alabama” as the extremely conservative District is in Florida’s Panhandle just below Alabama. He currently hosts an extremely popular daily cable news program.

Yes, Joe was a serious conservative—he still is, and makes no apologies for it. However, like many other principled conservative Republicans (e.g. George Will, William Kristol, Steve Schmidt, and many more), he left the Republican Party and, in his case, became an Independent like 54 percent of the total voting population. In a recent interview he observed: “There aren’t a lot of conservatives left in the (Republican party).”

I’d like to encourage every Conservative who feels ill at ease in the current Republican Party to drop out and form a new party. I’d like to suggest the same to the 30 percent or more of Democrats who feel uncomfortable in a Democratic Party (are you listening Joe Manchin and other “Blue Dog Democrats”?) that is espousing newly re-discovered progressive principles. They should leave and start their own party. Then, we’d have four political parties, all of approximately the same national significance. In fact, in that same Maher-Scarborough interview, Maher suggested that “We need five parties.” The exact number may be up for debate but evolving to a multi-party democracy is not. It is the best way to preserve our democracy from the current political chaos that cannot be resolved within a two-party system.

Simply put, the Democratic and Republican parties put their joint political control of the US above the interests of the Nation. Forget about the Republican penchant for internecine warfare, a scorched earth political strategy (when he was Senate Majority Leader, Mitch McConnell bragged that the Senate he ran was where all bills came “to die”), and the fact that not one Republican in the House or Senate voted in favor of the Covid Relief Package when 77 percent of the public supports it.

Why? Because with only two parties, gerrymandering works. Voter suppression works, and a host of other “tricks” work as long as the Republicans see their responsibility to themselves as maintaining a shared monopoly with the Democrats. All they have to do is block everything when they are in the minority and pass massive tax breaks for the wealthy when they hold the majority.

How can they do this when they only represent 17 percent of the voting population? Simple. Gerrymandering and voter suppression. But this only works in a two-party system. If voters had multiple parties to represent their interests, they could advance those interests no matter whether the Republicans shaved 5 percent of the voters off as there would still be several parties who could form a coalition around any piece of legislation that enjoyed even 60 percent public approval. If they try to deny “We the People” on any such issue they will find themselves rapidly and appropriately marginalized. They won’t be able to play political “hardball” and stop highly popular political initiatives.

This also applies to the Democrats who have to accept that a vast majority of Americans want to raise the minimum wage, want to forgive large chunks of student debt, want sensible gun regulation, want to make higher education free as it is in much of the developed world, improve infrastructure, or live in a more just society. All of these policies enjoy more than 60 percent popularity. That’s what multiparty democracy does: it allows many voices to be heard by breaking up the shared monopoly that allows a single US Senator to hold everyone else hostage. So, what is the downside?

With multiple parties, people fear that the US could become a dysfunctional parliamentary government. They point at what they dislike about the British system and observe how unruly it can be. In the US, however, the weakness of a parliamentary system doesn’t arise because we have an Executive Branch, which will remain.

To avoid the toxic gridlock created by the two-party system, the ultimate governing structure would be to balance a strong executive function with multiple parties representing the various constituencies’ interests. Then, when 60 percent or more of the public wants anything within reason, the President as Chief Executive would be free to effectuate his/her agenda by developing specific coalitions around each unique piece of legislation. It would be remarkably simple because no single party would have any advantage trying to block popular legislation just because another party is advocating it be passed (sound familiar?). And, if they did, they would end up like the Whigs, the Know-Nothings, the Federalists, the Democratic-Republicans, the American Party, and all the other parties that have become mere footnotes in American history and are barely remembered today.

“Let My People Go” means we are, as the Economist eloquently demonstrated, living in a “flawed” rather than true democracy. The only way to become the high functioning democracy we deserve is a multi-party system equipped to deal with the challenges of the modern era like climate change, economic reconstruction, infrastructure crises across all states, institutional racism, the development of coherent immigration policies, and so much more. Let my people have their democracy–just as Pharaoh finally allowed the enslaved Hebrews to have their own nation where they could be free.

It’s time we carefully re-examine and re-iterate the Great Seal of the United States. In part, it reads “E Pluribus Unum” – Latin for “Out of many, one.” The Founders put it on the Great Seal so none of us, many generations later, would forget that many types of people coming from many parts of the world all need to have their voices heard. The only way to do that is with a multi-party democracy. Create that, and at last we will be free.