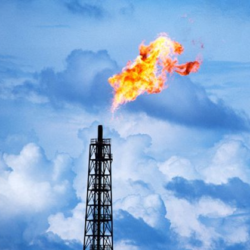 A new report by the International Monetary Fund concludes that the best way to fight climate change is to get rid of $1.9 trillion in global fossil fuel subsidies. All told, these subsidies amount to 8% of government revenues.

In addition to $480 billion in direct subsidies for consumption, there’s another $1.4 trillion in subsidies in the form of “mispricing” fossil fuels; their price doesn’t take into account the air pollution and climate damage they cause. As Robert F. Kennedy, Jr. has said, “Show me a polluter, and I’ll show you a subsidy.” The IMF estimates that for every ton of carbon that is emitted but not taxed, there’s a $25 implicit subsidy.

By failing to make fossil fuel companies pay for the damage they cause—for the true cost of fossil fuel production and use—taxpayers are subsidizing the fossil fuel industry’s destruction of the planet.

Such pollution or damage is often called a “negative externality,” a gobbledygook term that cloaks the costs being foisted off on people who aren’t a party to a particular transaction—in other words, the public. No one would tolerate someone who decided to save money by dumping his waste on his neighbor’s property, but people tolerate companies that routinely save money by dumping waste into the public commons, whether the atmosphere, rivers, or oceans.

Last week the TEEB for Business Coalition released its study, “Natural Capital at Risk—The Top Environmental Externalities of Business,” which estimates “the global top 100 environmental externalities are costing the economy world-wide around $4.7 trillion a year in terms of the economic costs of greenhouse gas emissions, loss or natural resources, loss of nature-based services such as carbon storage by forests ….”

Fortunately, there’s a growing movement to adopt corporate reporting reforms that will require companies to report environmental, social and governance risks.  Last week, the International Integrated Reporting Council (IIRC) released its “Consultation Draft of the International Integrated Reporting Framework,” which has been piloted among more than 80 multinational companies and is supported by more than 50 investment organizations.