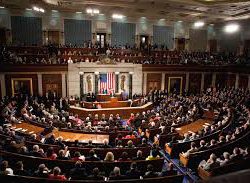 At the top of the show we discuss the positive outlook for the US economy, including rising wages, potential infrastructure funding, and economic anxiety caused by politics. We also discuss the turbulence in Europe caused by a potential Brexit, the disintegrating European Union, and the ongoing refugee crisis.

As our mainstream media spends hours speculating, focusing on the presidential horserace, we look at the long view in national politics and discuss where there is possibility for progress. Can we actually find pathways to political progress, or is gridlock and dysfunction here to stay? We speak to World Business Academy Fellow Mark Gerzon, who is President and Founder of the Mediators Foundation and author of The Reunited States of America: How We Can Bridge the Partisan Divide.

In our final segment we give a fossil fuel industry outlook and show how these companies are attempting to influence decision makers, the media, and citizens, as they fight to maintain their power over the global economy.