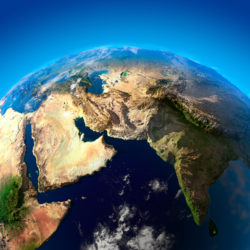 Our pre-Thanksgiving show is dedicated to two major topics: the effort to slash taxes for the richest Americans and the unfolding regional struggle between Saudi Arabia and Iran. Both of these ongoing political events are potentially game-changing in their impact and are worth your attention.

In the discussion, Rinaldo mentions an article published by the Academy in 2007 titled “Iraq” – Exit from a quagmire. Later in the show he also mentions an article on the fallacy of so-called “Trickle-down Economics,” which is titled Saving the U.S. economy with “trickle-up” economics.

Consider bringing an article from The Optimist Daily to your Thanksgiving dinner – its the perfect way to get people talking about what is possible and real progress.