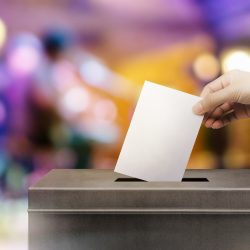 Well, it’s that time of year. The November election is fast approaching and soon we will be receiving voter guides the size of small phone books, replete with competing ballot propositions and measures, where only one proposition or measure actually lives up to its title.

For Santa Barbara County residents, the critical matchup this election is Measures G and H, both of which claim will establish an unbiased, influence-free Independent Redistricting Commission to redraw supervisorial district boundaries using an open and transparent process. Both measures claim to achieve this goal, but there are some key differences which should be taken into consideration. Since the northern and southern regions of the County often have diametrically opposing views, the outcome on election day could make a huge difference in whether and how the County acts on critical issues such as environmental protection, energy security, and economic prosperity.

Below are the major differences between Measures G and H:

Commission Composition/Structure. While Measure G provides for eleven members (two for each district, plus an “at large” position), Measure H provides for only five members (one for each district, plus five alternates from the same political party as the selected member). Under Measure H, the 5-member Commission cannot include more than two members registered with the same political party, which could result in a material underrepresentation of a party that holds a supermajority of registered voters. Due to its smaller size, Measure H also places a significant amount of power into the hands of the three people who constitute a majority for the adoption of district boundaries. Measure G requires the affirmative vote of seven commissioners, a supermajority.

Conclusion: Measure G allows for a larger commission with no restrictions on party affiliation, as long as representation by district is proportional. Measure H, however, limits one party to only 40% representation (2 of 5) on the commission, regardless of the number of registered voters within a given district. This limitation necessarily means that one member and alternate (20% of the vote) must be of a third party, even if that district may have a majority of one of the two major parties. This potentially results in a significant underrepresentation of the party with the most registered county voters. Measure G also allows for one “at large” commissioner, which could accommodate a minority third party while retaining proportional representation in each district.

The big problem with Measure H is that a party is limited to two (2) members on the 5-member commission, meaning that a party controlling a supermajority of registered voters will be proportionately underrepresented.

Conclusion: The selection process under Measure G is methodical, creating equal sub-pools for each district from which two members are selected based on the proportionality of registered voters. Only the first five members are selected randomly, with the next six selected pursuant to defined criteria. Conversely, Measure H’s selection process is entirely random, with party affiliation as the only determining factor.

Oversight/Removal of Commissioners. Measure G lists a number of specific criteria for removal, including failure to attend a majority of meetings within a three-month period, nondisclosure of disqualifying information either prior to or after appointment, conviction of a felony, election law violation, violation of public trust and/or corruption and lapse of residency/voter registration. Measure G also details the procedure by which a voter can request removal and filling a vacancy created by the death, removal or resignation of a commissioner. Measure H has no such provisions, which would only be created if the commission elects to create its own rules on its own terms.

Conclusion: Recourse to remove a commissioner for negligence or malfeasance is critical to ensure commission integrity. Allowing commissioners to set these criteria invites corruption.

Public Meetings/Access; Enforcement of Civil Rights. Measure G requires seven (7) public hearings over 30 days, while H requires only five (5) meetings with no prescribed time limit. Measure G requires new maps to be posted for public comment prior to the hearings, while H has no such express requirement. Measure G also requires video recording and live translation of meetings that are available for public review. Measure H only requires a Notice of Findings and Changes with six months of census population figures. Both measures require a report that explains the basis for decisions made. Concerning voter rights, Measure G requires compliance with the federal and California Voting Rights Acts. Measure H only requires compliance with USC Title 52 10301, which only concerns the denial or abridgment of voting rights on account of race or color through voting qualifications or prerequisites.

Commission Failure to Adjust District Boundaries. Measure G provides that should there be less than seven votes to adjust district boundaries, the provisions of Election Code §21501-21502 will control, establishing a supervisorial redistricting commission to make the changes by December 31st. Measure H, on the other hand, requires the clerk to immediately petition the Superior Court for an order directing the appointment of undefined “special masters” to redraw the districts.

Conclusion: Measure G relies on existing legislative protocols, while Measure H defers to the discretion of a Superior Court judge to select individuals for the critical task of redrawing district boundaries.

Generally speaking, Measure G is more comprehensive, outlines specific procedures, cites to existing state codes and prescribes measures to ensure public access and accountability. Measure H, on the other hand, places significant power in the hands of a three-person majority, is silent on many issues (allowing Commission control) and restates code sections, thereby preventing updated code sections from controlling certain Commission actions. These are important distinctions, as less detail necessarily confers discretion to the Commission to create their own rules and impairs the public’s ability to review Commission activities and hold commissioners accountable.