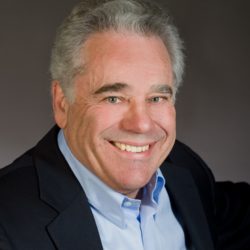 The Board of Directors, Staff, and family at the Academy would like to congratulate the World Business Academy’s founding president, Rinaldo S. Brutoco, who has been honored as the recipient of the inaugural 2017 Santa Barbara Peace Prize from the United Nations Association of Santa Barbara & Tri Counties.

The United Nations Association (UNA) of Santa Barbara & Tri Counties was started in 1947 and is the oldest chapter in the nation. This organization has engaged locally with many important global topics, such as the Fukushima nuclear disaster, youth in peril, climate change, and educating the community about human trafficking and the plight of refugees internationally. To celebrate its 70th year, the UNA decided to honor contributions made by local people working toward a more peaceful world. The UNA created the Santa Barbara Peace Prize for nominees who live locally and have achieved measurable progress in creating peace in the world, advancing the cause of human rights internationally, and/or advancing the progress of developing nations.

UNA of Santa Barbara President Barbara Gaughen-Muller said that in this first year of the Peace Prize, the nominees were very impressive. “Google ‘Rinaldo S. Brutoco,’ and you’ll be stunned by what he’s accomplished,” she said. Nominating Rinaldo was Dr. Jerry Brown, director of the Academy’s Beyond Nuclear Energy Initiative. Jerry called Rinaldo a visionary leader who inspires cooperation for the common good.

Rinaldo has accomplished way too much to list here in a blog but here’s a snapshot that shows how Rinaldo’s reach has extended far beyond the work he does with the World Business Academy. Rinaldo has served on the board of directors of several non-profits, including: The Gorbachev Foundation, the Institute of Transpersonal Psychology, the State of the World Forum, the Omega Point Institute and the National Peace Academy. Brutoco is also co-author of Profiles in Power: The Anti-Nuclear Movement and the Dawn of the Solar Age (1997) and Freedom from Mid-East Oil (2007).

Rinaldo also played a significant role in helping to establish and grow the National Peace Academy, which, among other things, is an affiliate of the George Mason University School for Conflict Analysis and Resolution. Brutoco also serves on the Permanent Drafting Committee for the Geneva-based group that is developing “A Global Bill of Rights” (www.uniteforrights.org), appointed in 2017. And, he was the Founding Chairman of Unstoppable, a nonprofit humanitarian organization that has built schools and provided clean drinking water for over 10,000 African children and their parents.

Rinaldo received a Congressional Commendation in 2010 for his humanitarian service and outstanding contribution to the culture of peace and an Ellis Island Medal for his lifetime achievements as an immigrant to the United States.

Rinaldo co-founded JUST Capital, which each year surveys the American people to find out what they value most when it comes to corporate behavior and then ranks the 1,000 largest publicly-traded corporations based on the priorities Americans share. And, he has served as either the president and/or as a board member for the Chopra Foundation from 2013 to the present.

Please join us as we honor Rinaldo with the UNA of Santa Barbara at a celebration dinner on Tuesday, Oct. 24 – which happens to be United Nations Day. The dinner starts at 5:30 p.m. at Moby Dick Restaurant in Santa Barbara. Tickets may be purchased at unasb.org. We’ll raise a glass to toast Rinaldo and hope for his continued success to make the world a better place.