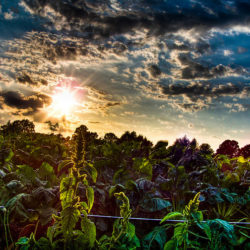 “Abundance is about creating a world of possibility: a world where everyone’s days are spent dreaming and doing, not scrapping and scraping,” write Peter Diamandis and Steven Kotler in their book Abundance: The Future is Better Than You Think (2012).

Diamandis is the Chairman and CEO of the X PRIZE Foundation, co-founder and Chairman of Singularity University and the founder of more than a dozen space and high tech companies. Kotler is an award-winning science journalist.

They describe four emerging forces that are changing the world:  the exponential growth of technology, the Do-It-Yourself innovator, the new breed of techno-philanthropists who are using their money to solve global problems, and the expanding creative and market power of the poorest of the poor who are finally plugging into the global economy (“the rising billion” who will propel disruptive technology).

These converging forces make it possible to solve the world’s most pressing concerns: water, food, climate, energy, overpopulation, education, health care, and freedom. The problems are interrelated and so are the solutions. Solving one of the interconnected challenges affects the others, creating “a feedback loop of positive gain.”

Diamandis and Kotler provide a fascinating romp through a wide range of technologies that are improving at exponential rates—in computing, energy, water, health care, digital manufacturing, and many other areas.

Anyone who believes that nuclear power is ill-suited to our fallible human nature won’t be beguiled by descriptions of Generation IV nuclear technology, but even people who disagree with some aspect of the authors’ faith in technology will like this book.

The authors posit that what’s holding humankind back from creating abundance is a fundamental psychological problem—the difficulty of grasping exponential change. “Abundance is a global vision built on the backbone of exponential change but our local and linear brains are blind to the possibility, the opportunities it may present, and the speed at which it will arrive.”

As the authors say, “Our perspective shapes our reality. The best way to predict the future is to create it yourself.”